Where should I start…  This race was NOT at ALL what I had expected.  Let me preface this by saying that I typically don’t make excuses for any of my performances, but in THIS case I have to make exceptions:

The beach itself was in perfect shape.  The sand was packed and the day’s visitors had mostly left.  I expected the sea breeze to blow away the sweltering heat, but I was wrong.

I wore my 1st Place Sports Running Club shirt so that I could be spotted and get a discount at one of my favorite running stores, and I wore my the newer of the old Brooks Ghost 6s that I own.  I secretly hoped that the ocean water would help them smell better.

I started out too fast and ran the race like it was a 5K, and I got slow at the 3.5-mile mark.  And wouldn’t you know it, the “urge” came in full force.  I had to stop and walk and fake an injury so that folks wouldn’t know the real reason why I slowed down.  That’s when I thought of the competitive runners out there and how they let loose, no matter what.  I was this close to letting loose, too.  I just kept going.  I ran when the urgency left, and walked when the urgency came back.  It was on and off like that for the last few miles of the race.

This was the first time I had been disappointed in myself.  This was also the first time I set a goal – to finish top-10 in my age group like I did in my last race.  I missed it by 40-something seconds, all because I had to pee!!!  UGH!

As soon as I finished, I grabbed my medal and high tailed to the John.  I know I had slip-ups during the race, so I rinsed at one of the fresh water showers.  I felt better, but I was still disappointed.  Even my free taco (which I couldn’t eat) and my free beer (which I couldn’t drink) didn’t cheer me up.  I still had to make a two mile trek up a hill to Adventure Landing.  I looked at my free taco and free beer for another two minutes, threw them away, and got on my way to see my family. 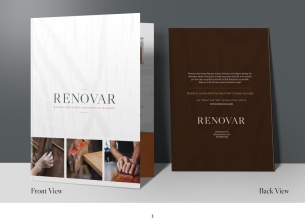 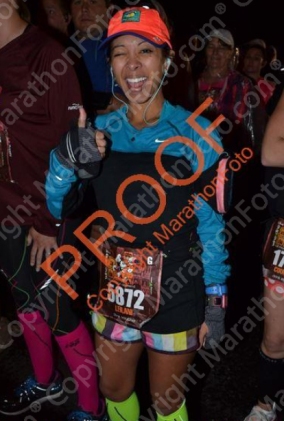 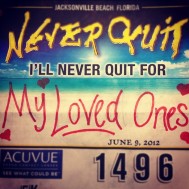 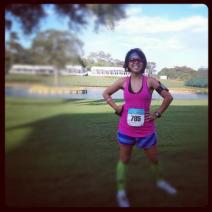 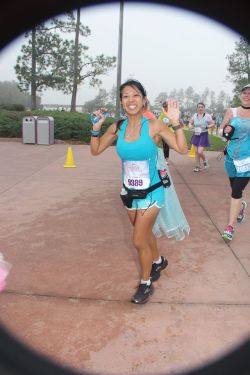 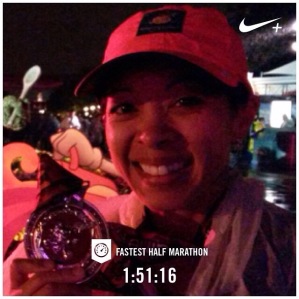