Greetings to you on Presidents’ Day! It was all treadmill work today. My husband and I have recently watched a documentary called “Minimalism” and it inspired us to clean up. I am happy to say that we donated an amount that filled up two SUVs to Goodwill! But my training was left to do after I cleaned the house, hung new decor my husband bought, and helped my daughter with her science project. So, I ran at 8pm and ate a late dinner. Wings! Yum!

My husband signed me up for my first race since my last marathon. It’s a 5K on the first week of March. It’ll be a baseline you can judge my progress. 🙂

Then two weeks after that I’ll be running in the Gate River Run, which is a 15K. I’ve earned a top 10% hat for two years in a row, and I’d like to make it three in a row, but having a 5K two weeks before is making me doubt myself.  Maybe I shouldn’t go all out in the 5K? What do you think?

If you haven’t heard, I’ll be turning 40 next January. It’s a bucket list year and I want to run the Dopey Challenge, but instead of paying for it outright, I want to raise money for the Leukemia and Lymphoma Society. You see… one of my closest friends was diagnosed with pancreatic cancer last August. She’s been really strong, but I feel helpless almost to the point where I don’t know what to do.

Then came the 2017 Walt Disney World Marathon and I ended up running with a pace group, and in that pace group, there was a nice gentleman in a purple shirt. During the race, he told me about his organization, Team In Training, how it benefits the Leukemia and Lymphoma Society, and about blood cancer. It turns out that the LLS is the beneficiary of the runDisney WDW Marathon. Blood cancer can hit anyone at any age. I was wishing I could do what he did.

A while back, I found out about Team In Training from another friend when I was looking for ways to share my love of running as a coach. She advised me to become a coach for the Team In Training organization. Holy smokes! It’s the same organization! So, when it came time to register for Dopey, it only made sense to do what I had to do: I registered with the Leukemia and Lymphoma Society and joined Team In Training!

Now remember my friend who has pancreatic cancer? She went through chemo and lost all of her hair. She just started growing it back only to start chemo again early this month and she’ll lose her hair again. Well, once I raise $4900 for the Leukemia and Lymphoma Society, I’ll shave my head for her on Facebook Live, and I’ll run the Dopey Challenge bald! So far I’ve raised $780!

If you’d like to help me get my birthday wish to end blood cancer (and see me shave my head LIVE), visit my GoFundMe page! Or you can donate directly to my Team In Training page. Either way! Any amount is welcomed! Anything is better than nothing and it WILL HELP END CANCER!

Also check if you could be a good candidate for bone marrow at http://www.bethematch.com!

I’ll be blogging my updates on an almost daily basis now so stay tuned! 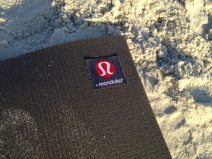 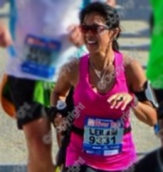 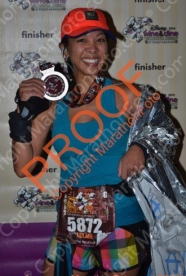 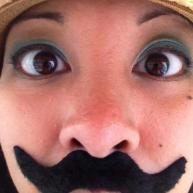 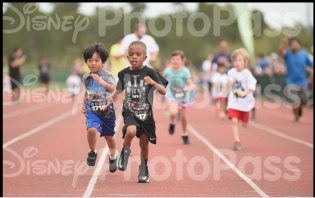 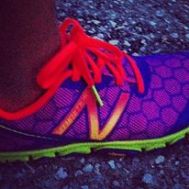