2015 Gate River Run 15K is billed as the largest 15K in the nation and this year was no exception with 15,000 finishers.  March 14th was a sunny, hot and humid day.  You could feel the moisture that morning and it slowed a lot of the runners down.  I went into the race easy.  I had already made my goal and got seeded in the first wave with the GREEN folks.  Last year I was in Wave 2.  it was a huge difference!

It was a different year at the Gate River Run!

The starting corral was different, too.  The fastest runners were present, and there was a section where they were doing laps before the race.  They were like caged tigers waiting to pounce, and I decided to join them!  I was so surprised that I could keep up with them.  I ran for 24 minutes with them at an easy pace and I estimated I ran about 3 miles.  Next we filed in at the starting line.

These folks were tense and it made me tense and excited.  I tried my hardest to calm down.  This was supposed to be an easy training run for my half marathon at the end of the month after all!

The route was just as I remembered and the first six miles went by smoothly.  Suddenly, I got to the point where I inflamed my IT band last year and I teared up when I realized it, but I didn’t stop to reminisce long.  I was smiling and sweating and feeling great.  I didn’t stop for any Jell-O shots or oranges this year either.  My tummy was not happy post-race last year.  Hehehe!  I walked here and there, and before I knew it, I faced the Green Monster, the Hart Bridge.  I gritted my teeth and tackled the mile-long incline with surprising ease, and I flew on the way down.  I think I clocked my fastest pace ever at a low 6!  Whoo hoo!

I got to the finish line and I heard Doug Allred say on the bullhorn, “Women top 10% finishers on your right” and I blinked.  Huh?  No way. I came out of my reverie because I saw a lady at the corner of my eye run quickly to the little girls handing out hats with “Top 10% Finisher” and grabbed hers with a quickness.  There were A LOT of them left!  Hahahaha!  Wow, and I wasn’t even trying!  I couldn’t believe it!  I got a FREAKING HAT!!!

I met up with my running buddies and we congratulated each other.  I think this was the proudest I’ve ever been running!  HOLY MOLEY I DID IT! 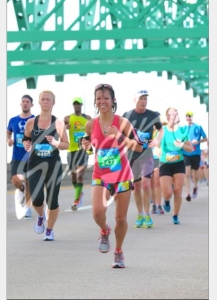 Reaching the top of the Green Monster 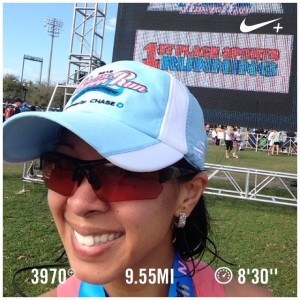 B-Ryan, me, and my sister, Charry. 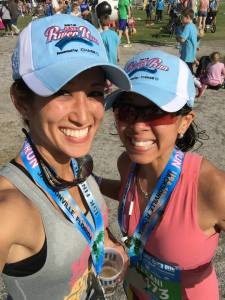 One of my inspirations, Sandy, and me. We finished top 10%! 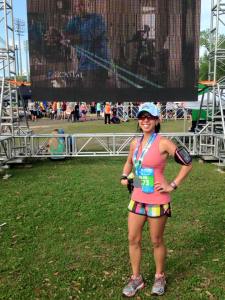 Posing in front of the Runners Village video wall 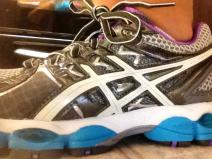 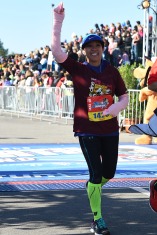 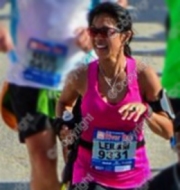 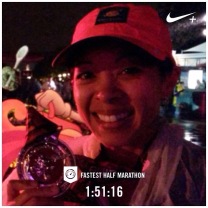 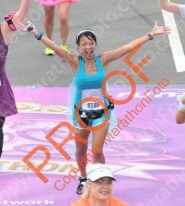 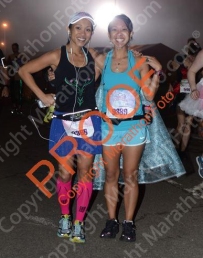 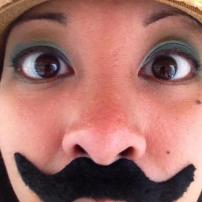 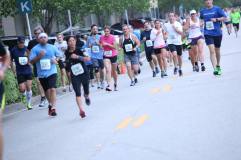